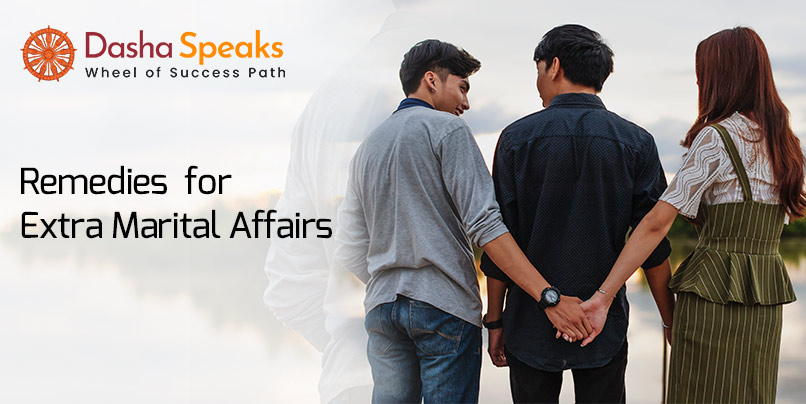 Marriage is a beautiful association where two people bound together and share their whole life with each other. But sometimes people seek love out of the marriage and creates illicit relationships. Often referred to as Extramarital affairs, these relationships destroy the married life and forms a big glitch between a husband and a wife. At times, couples go through divorce, separation and several marital problems due to infidelity and the existence of a secret love affair relationship.

Let’s find out the answers to all these questions in this post. Read on to know about secret relationships in astrology or extramarital affairs in astrology.

There are several planets and planetary combinations that are responsible for the extramarital affairs of the person. They are,

Mangal or Mars is a powerful planet in a Kundali when it comes to marriage. It controls and rules the sexual expression of an individual and often indicates the extramarital problems in the horoscope.

The planet Venus governs love, passion, beauty, emotional bonding and marriage. It is responsible for the attraction and influences people to look for exotic relationships. The planetary combination of Mars and Venus in the Birth Chart is an indication of a secret love affair in astrology. It shows the possibility of having a secret affair outside the marriage. If Venus is in combination with Uranus in one’s horoscope, it means that the native is primarily involved in the extramarital affair due to sexual obsession.

Planet Rahucreates very unsettled emotions and desires. It affects the emotional and mental tendencies of the native extremely that he/she feels drawn towards illicit relationships. If Rahu is positioned in the 7th astrology house in a horoscope, it indicates that the women would become a cause of the family’s disgrace.

Jupiter represents goodness and religion. It is an indication of the marriage of a woman. The strong position of Jupiter in the horoscope keeps the native away from falling into random flings or any extramarital affairs. However, the weak or debilitated Jupiter indicates strong signs of having an extramarital relationship in life.

How to See Extramarital Affair in Kundli?

As per Vedic astrology, the planets and stars at the time of birth influence the lives of natives deeply. It influences their behavior and fogs their mind leading them towards extramarital affairs. Thus, you may see the planetary combinations in your Kundali and find any secret and illicit relationship in the life of the native.

Discuss your Love and Relationship Problems With Online Love Astrologer.

Vedic astrology offers solutions for every problem of life. The astrological remedies suggested by the experiences astrologers can help you to get rid of the love affair of your partner but can also help in improving your relationship with your spouse. Thus, once you know about the extramarital relationship of your spouse or found the secret love affair in the astrology chart, follow these effective and powerful remedies for extramarital affairs.